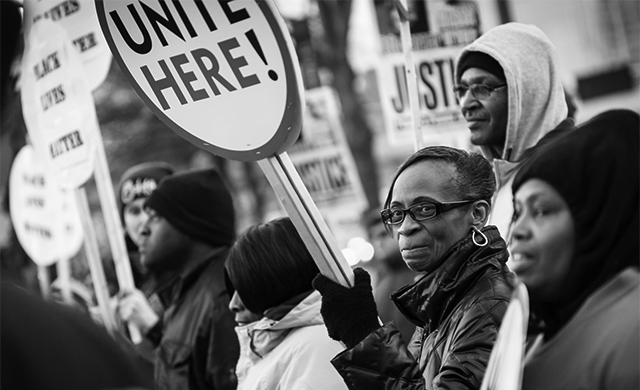 Is Unite neutral on racism?

In September 2019, by registered post, I wrote you twice about Unite’s failure to defend me against workplace racial harassment.

You have replied to neither.

I hope this open letter informs black and minority ethnic workers about the dual challenges we face when combating racial discrimination and harassment: “trade union members had colluded with managers and employers to conceal workplace racism”.

I am a black heavy goods vehicle driver, a paid up Unite member, the son of two Windrush migrant labourers.

I have been a member of various trade unions, including the Transport and General Workers Union, for forty-three years.

I began working for my former employer, a builder’s merchant in 2016.

Over three years, I suffered discrimination and harassment.

For example, a white workmate, in a cocaine fuelled drunken rage, called me a “black bastard” more than once. He threatened to kick the “fuck out of me”.

Another told me I was “a useless black cunt who should be sacked”.

At least two white workmates competed with each to other, for “bragging rights”, to see whom among them could leave most shit in toilets for a black cleaner to clean.

To prevent her having to do so, I would clean the toilets before she arrived at work.

When I asked the culprits why they were soiling the toilers, one of them told me, “it’s the black bitch’s job to clean toilets, if she doesn’t like it, she can f**k off”.

I have repeatedly complained to my employers about racial harassment. But they did nothing to stop it.

In June 2019, I raised a second of two grievances.

I was “represented” by a Darren Hall, a Unite Birmingham Regional rep.

Hall explained his role as “devil’s advocate” or “referee”.

In other words, Unite is neutral or impartial.

True to his word, Hall spoke fewer than a dozen words at each hearing: grievance and appeal.

Hall did not need to say openly to my employers “go head, sack the useless black cunt”.

But theyr could not fail to interpret Hall not speaking up on my behalf as his green light to discriminate.

And so was the law. Section 4 of the 1968 Race Relations Act, banned unions from discriminating “against a member of the organisation by refusing or deliberately omitting to accord him the same benefits as are accorded to other members”.

Since the 1974 Imperial Typewriter strike, the overt form of union racism has changed but its nature remains the same.

“You can wrap an old fish in a piece of paper called change. It's still gonna stink."

"We've had enough of the same old thing."

Is Unite neutral on racism? That is the question I would like the General Secretary to answer and the purpose of this letter.

Which side are you on comrade Len?